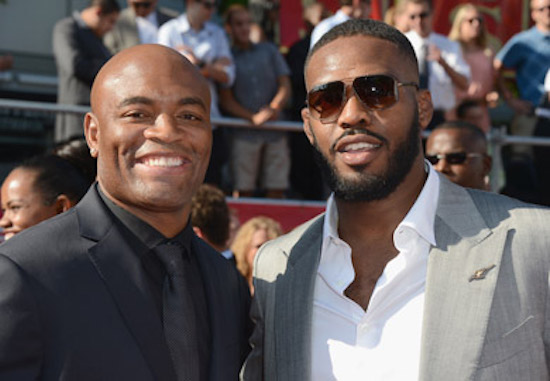 “I don’t think there’s prejudice, but there’s a lot of homosexuals in mixed martial arts. There are a lot of them who haven’t yet come out.

[If they were to come out,] nowadays it’s so silly to not express your feelings. As long as you respect people’s spaces, and respect their limits. You have to live your life in peace and no one has anything to do with that.

I would train with a gay man. As long as he respected me, it’s all right. I don’t think much of it. The fact that guy is gay doesn’t mean he’s going to accost you. He can be gay, have a relationship, live among guys who aren’t gay. he can do whatever he wants with his private life.

They tease me. Sometimes people think I’m gay. A lot of people have asked me if I’m gay. I answer, “Look, not to my knowledge. But I’m still young, it could be that in the future I’ll find out that I’m gay. I take good care of my things, I put everything in a bag, I use soap, I put on a cream after training. People think it’s capricious. To each his own. Doesn’t mean you’re more man or less man, more gay or less gay.”

In some refreshing new commentary, the P4p GOAT speaks out about equality and the presence of a gay community in the sport of Mixed Martial Arts.

(Quotes via This Article on Fightland.vice.com)