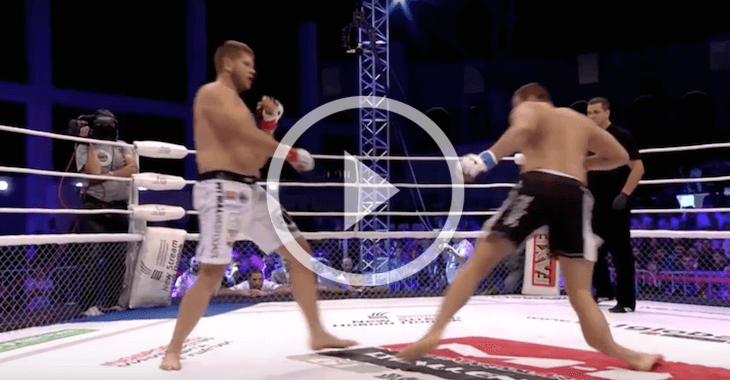 This is something you don’t ever want to see happen to anyone. We all saw it go down with former UFC middleweight champion Anderson Silva when he fought Chris Weidman the second time. He threw a leg kick, Wiedman checked it and bam, Silva’s leg was snapped and he was on the mat screaming out in pain.

The fighter throws a leg kick, it connects right on his opponents knee, then he tries to step back and the leg completely folds underneath him.

Yeah, you’ve been warned, it’s really gruesome. Watch at your own risk!