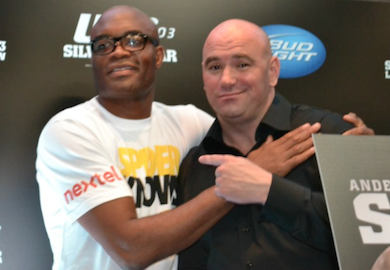 Former UFC middleweight champion, and former P4P king, Anderson ‘The Spider’ Silva will be hosting a press conference in Brazil for his return fight against Nick Diaz, which is scheduled to take place January 31st at UFC 183.

The event will take place at Copacabana Palace Hotel in Rio De Janeiro at 1 p.m. ET. So far there has been no word as to whether or not the UFC will be streaming this event, however, fans can expect it to likely be streamed via Fight Pass, or for free on YouTube.

Stay tuned to BJPENN.com tomorrow for more information regarding the press conference tomorrow.