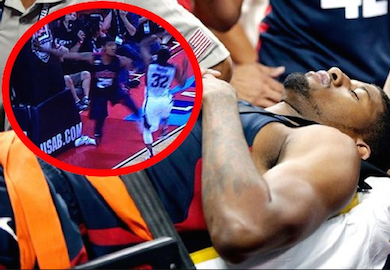 The break (pictured), was much like the time Anderson Silva broke his leg in the UFC 168 main event against Chris Weidman.

Having gone through the recovery process of a similar fracture, Silva offered the following message of support.

“I had the same injury champ, I know what you are going trough right now, but just stay calm and strong, you’ll be back soon. #PrayForGeorge”