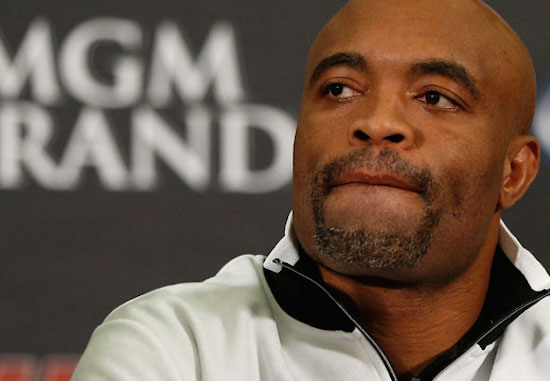 The 39-year-old fighter went to the hospital yesterday following a workout in Rio de Janeiro, this according to Brazilian news site Combate.

Silva was admitted due to back pain but was ultimately released from the hospital shortly after, according to Ivan Raupp. The Brazilian MMA reporter said Silva also felt numbness in his legs (via Twitter), which prompted the hospital trip.

The good news is that the injury will not postpone “The Spiders” octagon return, which is set for January 31 in the main event of UFC 183 opposite former Strikeforce title holder Nick Diaz.

Silva has been out of action since December of 2013, after he suffered a broken leg in his rematch to current middleweight champ Chris Weidman.