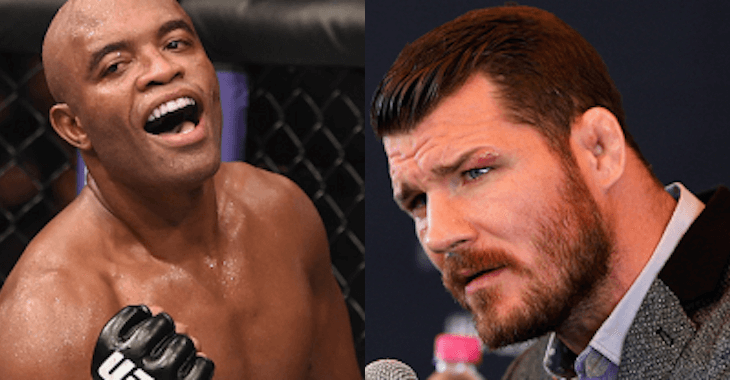 For those who didn’t know, an MMA event in Dagestan took place today and was streamed on UFC Fight Pass.

UFC heavyweight champion Fabricio Werdum was in attendance, along with former UFC middleweight champion Anderson Silva. At one point during the broadcast Silva was interviewed and asked about his career and his future in the UFC.

Silva said that he thinks he’ll be fighting in April of next year, on the same card as the champ, Werdum and when asked about an opponent Silva seemed fairly unsure, but said that it might be Michael Bisping.

This raises a lot of questions. Let’s say that he’s right on all of this, so Werdum and Cain Velasquez 2 won’t be going down until April? That’s hard to imagine, but hey, anything can happen. That would also mean that it’s set for Brazil, if Silva’s statements are at all factual.

Then there’s the matter of his opponent. Michael Bisping is a strange name for him to just throw out there.

What do you guys make of all this? Do you think Silva was just being hopeful or are these things that are being set up by the UFC?