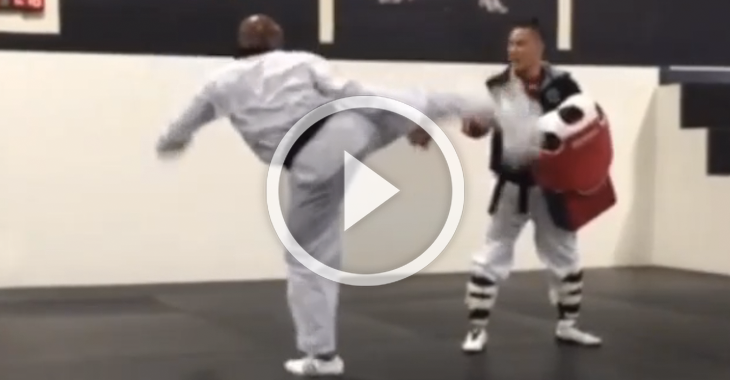 Former UFC Middleweight Champion Anderson Silva is leaving his comfort zone of the octagon to tryout for the 2016 Olympic team and he doesn’t care what anyone things about it.

Once the news let out earlier this week, you could see a healthy mixture of fighters send positive and negative feedback toward “The Spider”. However, one stood out above the rest when Brazilian taekwondo teammate just laughed it off and labeled it as a publicity stunt!

See what Silva has to say to all the naysayers below:

Guys I know that Iam completely out of form, as I haven’t trained for manny years, but Iam trying, and because of that Iam working very hard to get the rhythm back and do my best, because if I don’t do this, I will never know if I really can make it. I will train very hard like I always did and try to get a spot in the Olympics . Iam in another level, will need lots of work as the Olympic athletes are mainly super athletes , that are years ahead of everyone , but yes, I will leave my comfort zone and TRY!!! The worse that could happen is for me not to get a satisfactory result, but at least I will be sure that I tried!