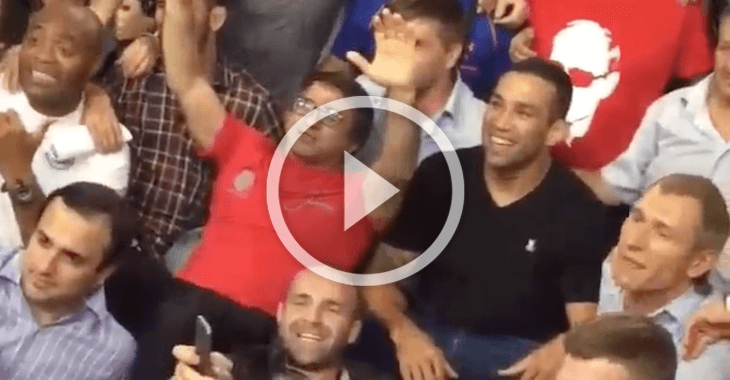 Regardless of his current situation, with the failed drug test and strange excuse, former UFC middleweight champion Anderson Silva is still one of the most recognizable and adored fighters in MMA.

Case in point, this video showing him and current UFC heavyweight champ Fabricio Werdum surrounded by tons of fans in Dagestan, all trying to get in on what looks like a group photo.

You can hardly see Silva, who looks to be covered with fans on all sides of him. Werdum looks a little more relaxed. There is still no word on when Werdum will rematch Cain Velasquez and as for Silva, he’s still serving his one year suspension following his failed drug test for PED’s from UFC 183.

Check out the clip!