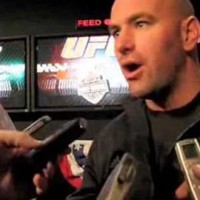 UFC President sits down with Todd Grisham of ESPN to discuss everything from boxing to Tito Ortiz to fighter pay in a fantastic interview leading up to the biggest UFC event in history. Dana White has been extremely busy as of late, expanding his company and giving fans around three UFC events each month.

Now, with the biggest event in history looming just over his head, Dana somehow finds time to sit down, relax (seemingly), and discuss his sport and where he believes its going in the future.

For the original video go to ESPN.com

For more news on UFC 148 including all of the fighters, visit BJPENN.com