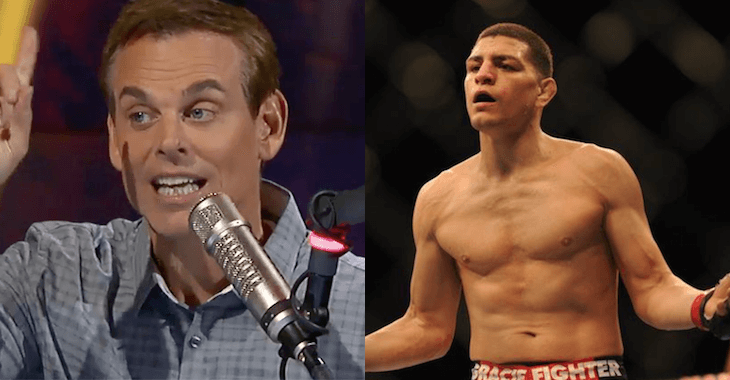 It looks like the Nick Diaz suspension news has made it into the mainstream media. On FS1’s ‘The Herd’ host Colin Cowherd talked about Ronda Rousey going off about testing for marijuana.

He spoke for a while, agreeing with Rousey and saying that with all these athletes go through and all the chronic pain they accumulate, why should’t they be able to medicate. He said they shouldn’t be testing for marijuana, something a lot of other fighters and fans have been saying for a long time.

Check it out below and see if you agree!