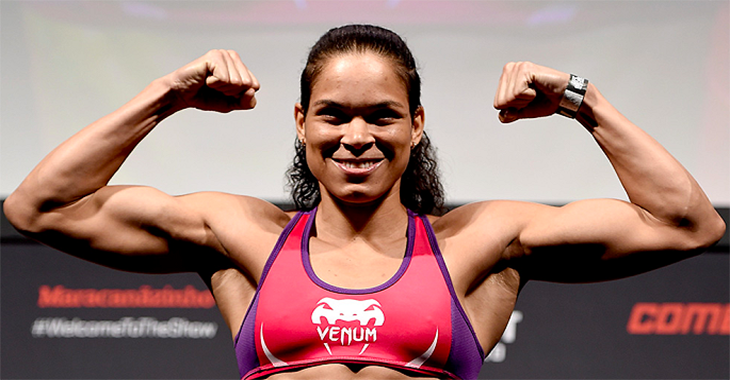 UFC women’s bantamweight fighter Amanda Nunes recently talked about Cat Zingano’s performance against Ronda Rousey and about how she would stack up against the champ.

“I think she [Zingano] was not prepared. She didn’t have a strategy for this fight. I think she only stepped in the cage and fought and that was it. I know my performance against Rousey, I know I’d be able to do more things, for sure. I think I’d be able to win the fight against Ronda.”

“I think everything happens in a life for a reason. I think I didn’t win the fight against Cat, but something will make it better. To be able to step in the cage against Ronda, I have to fix a couple things. I’m OK. I take my time. I’m going to be in the top five. I’ll wait for my time. I’m in no rush.”

Think Nunes will be the one to dethrone the champ? Sound off in the comments!