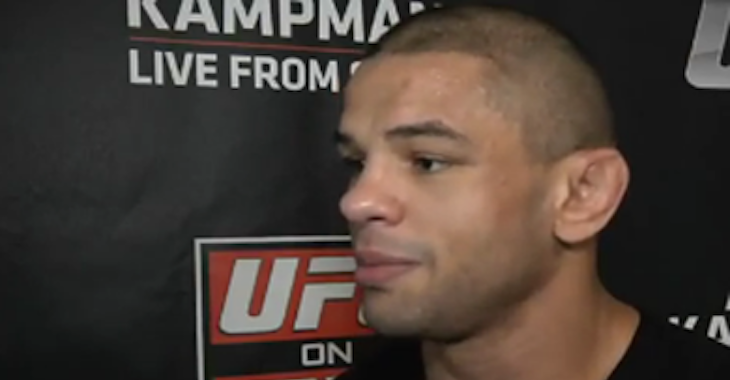 Thiago Alves will fight Carlos Condit on Saturday night and with a win he believes he will be next up for a title shot.

Alves talked to MMAFighting about the situation:

“Definitely. A win over him, I’ll be the next one in the line, if not, probably one fight away from a fight for the belt.”

When asked about having to fight his teammate Robbie Lawler for the title, Alves didn’t seem to have an issue with it.

“Robbie, he’s just gonna knock him out or submit him, but the belt is gonna stay at ATT and hopefully we get to fight for the belt.”