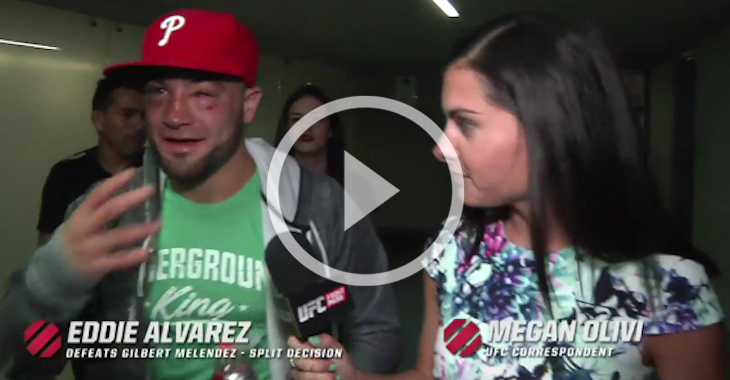 Even though both Eddie Alvarez and Gilbert Melendez showed an incredible amount of heart in their performances on Saturday, their “UFC 188” bout was far from the potential “fight of the year” fans thought it would be. Hear why Alvarez thinks the fight’s entertainment factor suffered in this backstage interview.