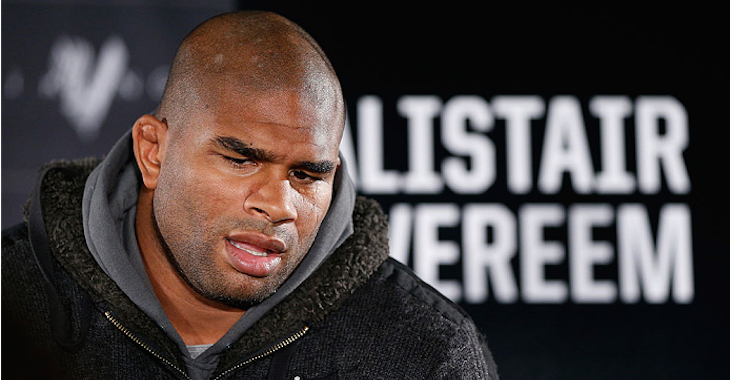 Revealed on last night’s UFC Tonight, Overeem has decided not to fight at UFC 191, in Sept., and will instead wait for a matchup with the former UFC champion.

There were apparently talks to get Overeem on the UFC 191 card, which will take place on Sept. 5, but negotiations broke down and in the end Overeem decided to just sit out and wait for the fight he’s been calling for.

Dos Santos is currently healing up from knee and nose surgery but should be ready by the end of the year. Do you guys want to see that fight?