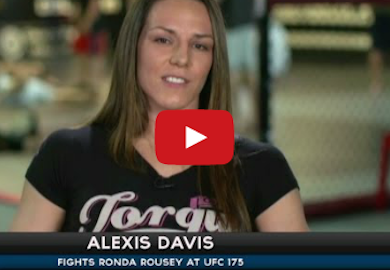 “I definitely think I am going to be able to stop the armbar. This is something I train constantly everyday. Obviously she has been training it in Judo for so long but I have been training Mixed Martial Arts for a long time. I train with world champion blackbelts. It is not a problem for me. Blackbelts armbar me everyday. I am not afraid to say that, but I defend them more often than I get them.”

“Having someone mean-mug me across the octagon doesn’t scare me. I had Jessica Eye doing it in my last fight. She [Rousey] is a great fighter and I totally respect her. I don’t know her personally.”