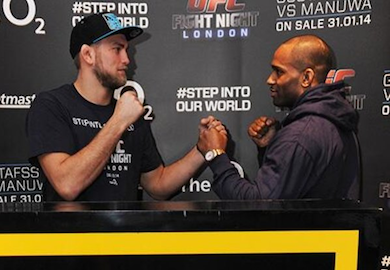 “I’m prepared for the best Jimi Manuwa. Whatever he throws at me on Saturday night, I’m going to have an answer for it. It’s going to be a great fight, a great fight for the fans.

The former title challenger also said he expects a finish inside of two-rounds.