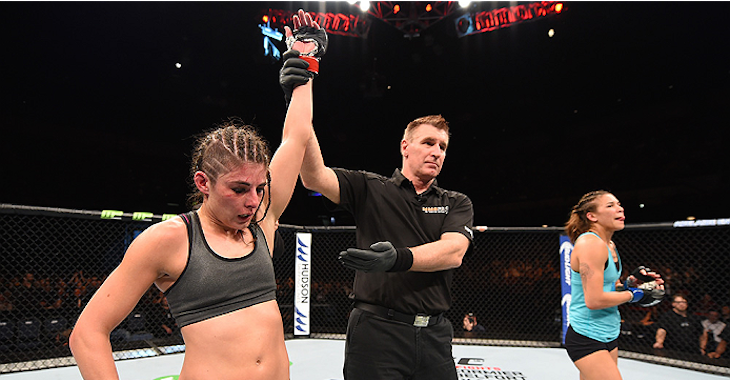 UFC strawweight Alex Chambers got beat up for two rounds, then pulled off a stunning late submission win over Kailin Curran in the third.

Chambers talked to Submission Radio after the fight and mentioned why she went out in that third and turned things up.

“It’s always relief after a fight. It’s obviously great to have won. It was a tough fight. My energy was a little bit low today and I really felt it from the first round.The difference here was an early morning start. Kailin really pushed me. I knew she was a really good fighter and was never going to back down.”

“My coach said to me I have to win the third round, come back and fight hard. I guess he scared me a little bit, he said ‘If you lose this, that’s it. You’re out of the UFC.’ I didn’t like the sound of that.”

“I knew I had to give it all I had. I took the chance to breathe a little bit through it, in case she escaped and I needed to fight on. She did escape the first submission attempt, but I saw the opportunity for the armbar and I took it.”