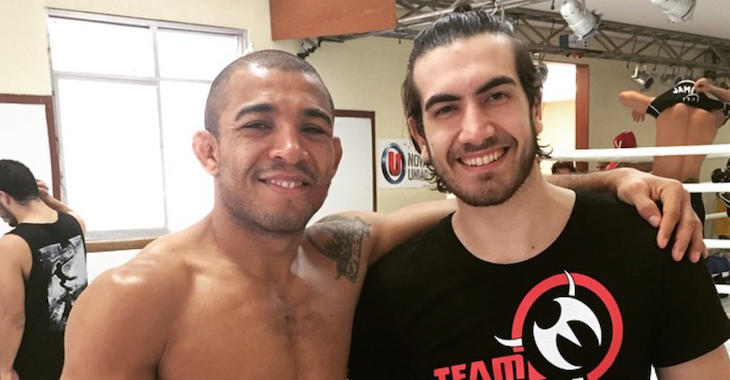 When Jose Aldo was still planning on fighting Conor McGregor at UFC 189, he brought in a special sparring partner to imitate the Irishmen. That secret weapon was Jonas Bilharinho.

The fight is now off between Aldo and McGregor, but Bilharinho is calling for a fight in the UFC with ‘that Irish guy’.

That Irish guy he’s refereeing to is Artem Lobov. Bilharinho took to Twitter to express his interest in fighting Lobov at the UFC’s next Dublin card, taking place in October.

@ufc on Dublin? I would love to fight that irish guy @prospectkiller on october. Make it happend @John_Kavanagh and @danawhite, I'm on it.

The Brazilian is definitely a hot prospect and this sounds like a great fight for a potential UFC debut.