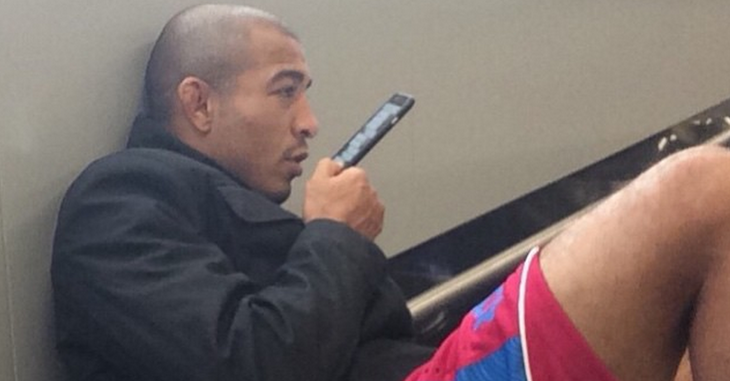 For the past 2 weeks, UFC featherweight champion Jose Aldo (25-1 MMA) has been on the road promoting his UFC 189 title fight with Conor McGregor.

The World Tour concluded with an appearance in Dublin yesterday, but unfortunately for Aldo he’s not home yet.

Here is what the champ posted to his official instagram on Wednesday evening:

Aldo was subjected to a barrage of insults during his appearance in Ireland and even had to put up with McGregor stealing his belt. A return home to Brazil is likely just what the doctor ordered for the featherweight champ, who is eager to return to training.

Jose Aldo will meet Conor McGregor in the headlining bout of UFC 189 which takes place July 11 live from the MGM Grand Garden Arena in Las Vegas.

Who do you think will leave Sin City with the featherweight belt after the conclusion of UFC 189?