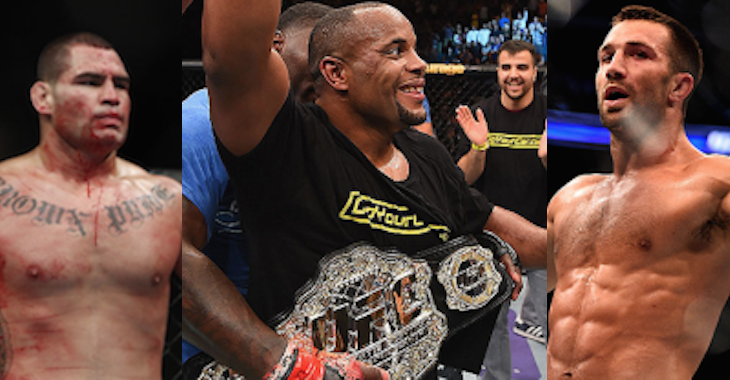 UFC light heavyweight champion Daniel Cormier will defend his belt for the first time at UFC 192 against Alexander Gustafsson. That fight’s scheduled for Oct. 3 in Houston, TX.

Although he suffered a tough loss in his last outing as the heavyweight champion, Cain Velasquez will not get an immediate rematch against Fabricio Werdum in an attempt to reclaim his gold. The date and venue for that fight has yet to be determined.

Then, top middleweight Luke Rockhold will officially take on champion Chris Weidman at UFC 194 and will serve as the co-main to the Jose Aldo vs. Conor McGregor unification title fight. That fight will go down in Las Vegas on Dec. 12.

All fights are expected to be amazing scraps between high level talent, so, who do you have winning each fight? Do you think AKA can pull off the clean sweep and have three UFC titles in one gym?

Sound off in the comments?