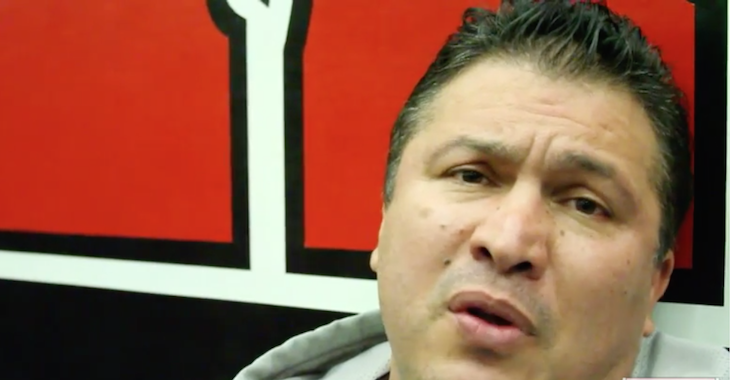 Founder of AKA, Javier Mendez, recently spoke to BJPENN.COM reporter Layzie The Savage about the team’s current state and his predictions for his fighters upcoming bouts. Check out some of the highlights below.

“Well the team right now, it’s banding together, getting strong. We were a little bit light on fighters on a few months back because a lot of them were done fighting. Now we’re back strong, all the guys are here, so the moral of the team is very high at the present time with all the high level guys having fights coming up.”

Mendez says out of Luke Rockhold and Khabib Nurmagomedov, he believes that Rockhold will get to the title first.

“I’ve got two guys chasing the title right now, Khabib and Luke, and based on circumstances it’s potentially Luke that might be there first. Only because I expect an impressive victory with Machida and expect that if he does get Machida with an impressive victory then he will be the next in line for the Weidman/Befort fight.”

As for who Rockhold would rather fight out of those two men, Mendez did say that he might want Belfort to win so he could avenge that loss, but ultimately wouldn’t mind fighting either one.

“I think at the end of the day it doesn’t matter to him as long as he gets a title shot.”

Nurmagomedov has been very vocal leading up to his fight with Donald Cerrone and the AKA coach says he has nothing to do with his trash talk, but does respect the lightweight for talking and backing it up.

“He speaks his mind and backs what he says. You’ve got to respect anybody that backs what they say.”

Mendez also gave an update on another big name fighter at AKA. He says Cain Velasquez is in the gym and looking good. He expects him to return to the octagon and show the world that he’s still the best.

“Cain’s back in the gym, he’s been back for a little bit over a month. He had to take off for a while to finish up a movie and do a press tour that he had to do for the fight. He’s back great, he’s looking fantastic and I expect on June 13 that he’ll let the world know why he’s the best.”

“In my opinion the fight between Cain and Werdum is going to go Cain’s way, whatever Cain wants. Cain’s going to do whatever he wants to do with him and he can’t do nothing about it.”