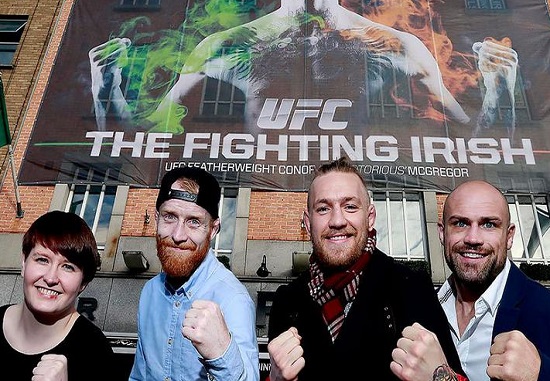 Conor McGregor is one of the top ranked featherweight fighters in the world. With that being said, everyone has to start somewhere.

TUF 20 competitor Aisling Daly, who is teammates with Conor McGregor revealed that she, was McGregor and Cathal Pendred’s first training partners.

She spoke to Independent.ie.

“It’s been a really great experience to see those guys coming in (McGregor, Holohan, and Pendred), you know not really having a clue about MMA and being able to beat them up I guess was one of the things at the beginning because I have been here so long so technically even when they had start. It’s nice to see how they have all grown and progressed. I’m delighted for them on how well they are doing. Conor has been such a big thing for the sport in general in the country, like he’s done so much for me just by being himself. The sport wouldn’t be doing half as well in the country as it is without him.”

Daley made her professional MMA debut a year before McGregor, and two years before Pendred.