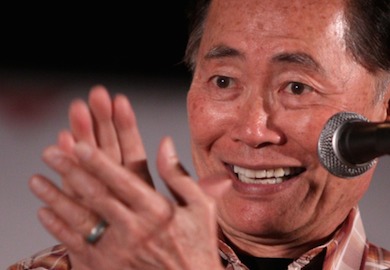 Beloved Actor, George Takei has stumbled across the derrière, of one, Kyle Kingsbury during his recent UFC on FOX walk out in July.

Takei, best known for his role in Star Trek as ‘Agent Sulu,’ sent out the following tweet in support of our sport!