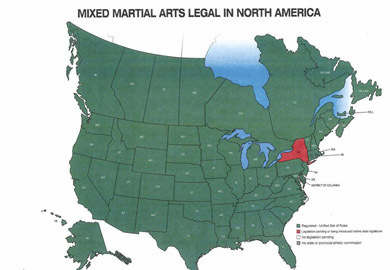 See the map above?

That one little red state is New York and the last remaining territory in North America to not legalize Mixed Martial Arts.

With New York bing the last holdout for Mixed Martial Arts will there now be added pressure for the state legislature to move on the sports legalization or do you think they are O.K. with being the odd man out?