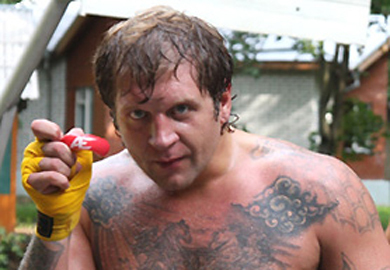 Famed Russian fighter Aleksander Emelianenko has been convinced to return to action.

In a statement released by ProFC he details the thought process surrounding his return:

“I have spent the last few months in an Orthodox monastery on Mount Athos in Greece and had many conversations with the elders and priests there,” the 31-year-old stated in a release on the promotion’s website. “I communicated a lot with Elijah, the confessor of our Metropolitan, and he gave me the advice and the blessings to return to the sport. I have since signed a long-term contract [with ProFC] and soon, tentatively in the summer, you will see my debut inside their cage.”