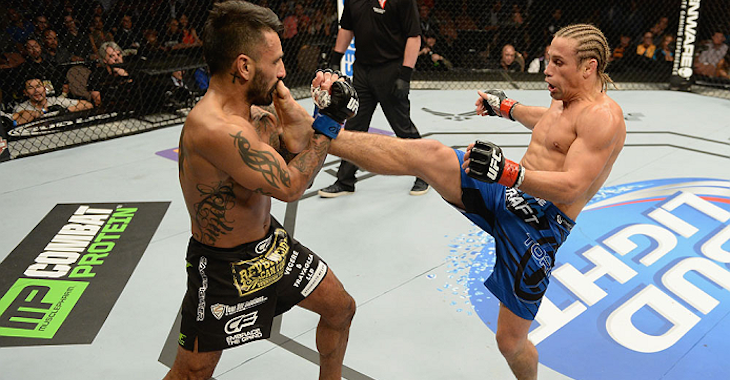 After suffering two losses in a row, Francisco Rivera was relieved once he made quick work of Alex Caceres this past weekend at UFC Fight Night 68. Now that he is back to his winning ways, Rivera is looking for a rematch with “The California Kid” Urijah Faber.

“Yeah, I would like to get that rematch,” Rivera admitted during the post fight press conference. “I felt like I was winning that fight against him, and it’s unfortunate what happened. But if UFC makes it happen, lets do it.”

Rivera was putting on a great performance against Faber during their bout, but an inadvertent eye poke from Faber aided him in picking up the submission victory by way of bulldog choke.

Do you think Urijah Faber would win a rematch? Could Francisco Rivera pull off an upset? Share your thoughts in the comment section below!