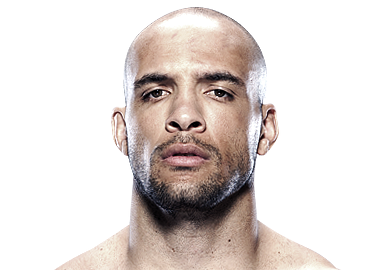 Last night on the preliminary card of UFC Fight Night 51: Bigfoot vs. Arlovski, Igor Araujo suffered a brutal KO loss at the hands of George Sullivan.

In the second round of their bout, Sullivan landed a takedown and secured top position. He proceeded to use one of his hands to hold Araujo’s face, and the other to land devastating ground and pound, a move that is completely legal. After several shots Araujo was KO’d, and lay unconscious on the mat for several minutes before coming to. After it became clear that Araujo’s balance was still not back, he was stretchered out of the Octagon and taken to the hospital where he underwent an MRI according to UFC Brazil Managing Director Grace Tourinho, who said:

“We had to take Igor Araujo to the hospital. He’s done his MRI and is in good condition and should be released very soon.”