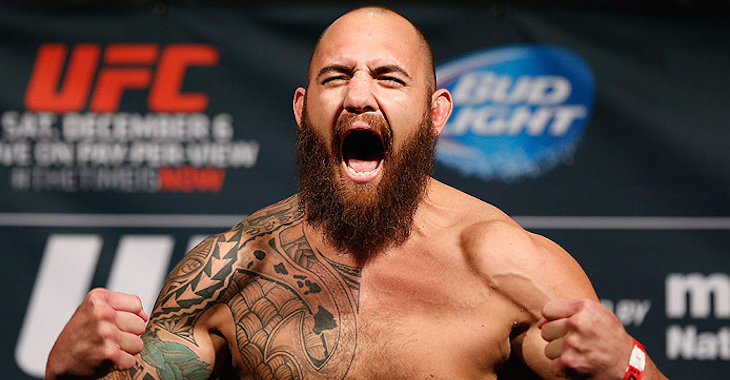 Now that UFC heavyweight Travis Browne has been cleared to return to action following an investigation into domestic violence accusations, the Hawaiian would like to step back into the octagon against Matt Mitrione.

Reported on Wednesday’s episode of UFC Tonight, Browne’s manager stated that he loves the idea of fighting ‘Meathead.’

Both fighters are coming off of losses. Browne suffered a TKO loss to Andrei Arlovski in the one of the most memorable scraps ever. Mitrione on the other hand lost to Ben Rothwell when he dove in for a takedown and got submitted.

There’s not word on when or where, just that Browne’s interested in the fight and we’re willing to bet that Mitrione would be down as well, now we just need the UFC to make it happen.

Are you guys down with this heavyweight fight?