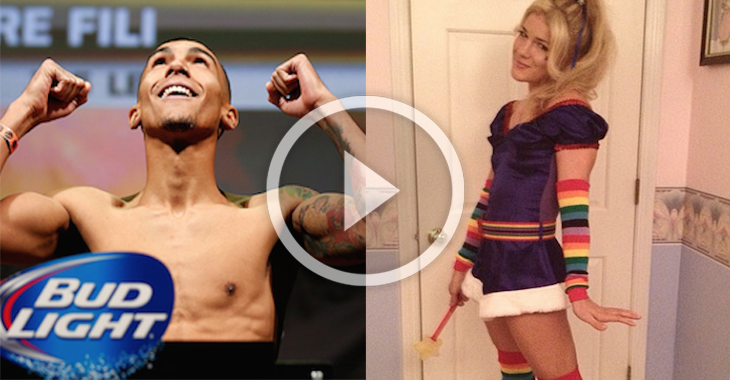 Fresh off her win at UFC on FOX, strawweight Paige VanZant made her debut on Stud Show along with one of her cornermen and fellow UFC fighter Andre ‘Touchy’ Fili.

Fili talked about the experience and about the moment Felice Herrig, VanZant’s opponent, entered the octagon. Herrig did a lot of talking leading up to the fight and apparently kept it going when she entered the cage. Fili says all her trash talk and antics came back to bite her when she ended up losing to VanZant via unanimous decision.

“I’ve honestly never hated a women like I did for that second, when Felice was running around the cage and she liked look at Paige and was doing that head wave and singing her song with her hand in the air. And then in her corner Felice like literally looked Paige in the eye and was singing her song and like doing her diva face. It was like crazy girl bully tactics, but it came off so corny. Like, you stink girl.”

Watch the clip above: