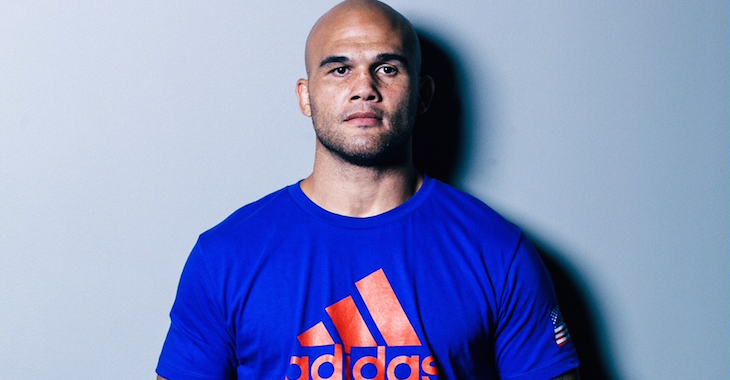 As reported earlier in the day, tonight at RFA: ‘USA vs. Brazil’, Adidas will unveil their new ‘Fight Kits’.

They will feature a design for the Brazilian fighters and for the American fighters, sticking with the theme. Also, each team has coaches in the form of UFC champion Robbie Lawler for USA and Lyoto Machida for Brazil.

Check out what they had to say in a press release and take a look at the pictures:

UFC stars Robbie Lawler and Lyoto Machida are serving as coaches of the USA and Brazil teams, respectively, as the all-American and all-Brazilian fighters get ready to square off.

Said Scott Viscomi, Managing Director of adidas Combat Sports USA. “This adidas MMA Fight Kit with RFA represents teamwork, commitment, and the spirit of what adidas Combat Sports and the RFA are all about: a deep passion for the sport of MMA. As partner organizations, adidas and RFA worked hand in hand through every step of this concept. Debuting this adidas Fight Kit tonight with Robbie Lawler / Team USA and Lyoto Machida / Team Brazil is just the beginning of what we will achieve together in the near future.”