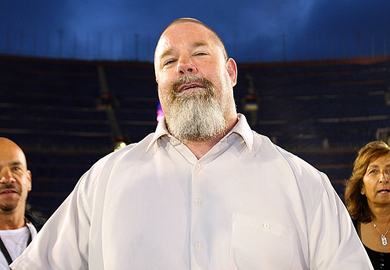 “That was the first real UFC – 6. The Gracies, they actually started the whole show. But they had no longer had anything to do with it (at UFC 6). “It was not a conflict of interest for them anymore. That’s why they didn’t fight in UFC 6.

“That’s why all the fighters weighed 100 lbs more than anyone else the next time. They didn’t get to pick. So it was the first real UFC, that went down without a conflict of interest. So UFC 6 is actually UFC 1.”

UFC 6 was still the dark ages of Mixed Martial Arts by most accounts. Fighters fought three-times in one night until one eventual winner was crowned.

(Quote via SR MMA as transcribed by Kirik Jenness, MMA.tv)