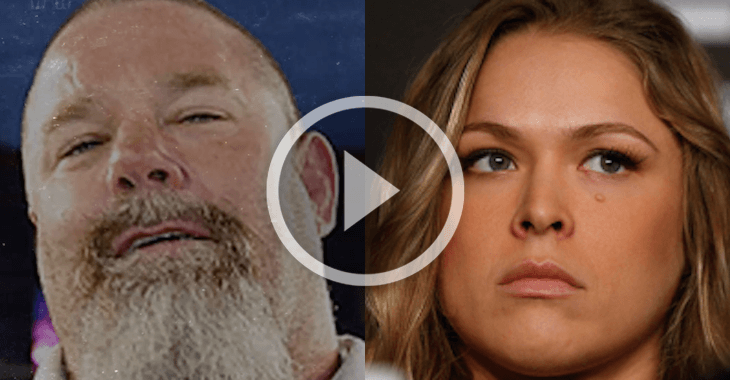 MMA vet Tank Abbott recently appeared on a podcast and went off on how he would destroy Ronda Rousey and any other women that wanted to fight him. No really, he did.

Abbott, while on ‘The Proving Ground Podcast’, started talking about all the debate over who would win between Floyd Mayweather and UFC champ Ronda Rousey. He said of course it would be Mayweather who would destroy Rousey, who has to deal with “all this emotional stuff.”

Then, Abbott went off on a rant about how he would fight any women and destroy them, saying, “I will fight any woman on this Earth for free.”

Abbott also laid down the rules for a fight with Rousey:

But, of course, there are stipulations to Abbott’s ‘all women challenge’:

Yeah, just check it out video, via TMZ Sports.