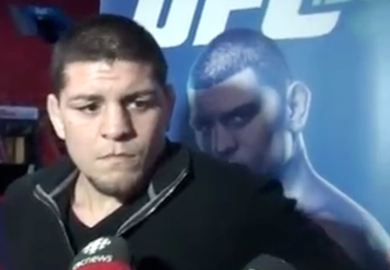 One of MMA’s most polarizing figures, Nick Diaz, seems to have taken a lot away from his year layoff due to a failed drug test.

This week he not only showed up to his UFC 158 press conference, but also went the extra mile and participated in this pre-fight media scrum we have featured below.

The Stockton bad boy took to the mic and seemed more than happy to answer questions from reporters in a well spoken, intelligent manner.

Did Nick learn his lesson after all his recent fallout or is this rare appearance just a one off stint?