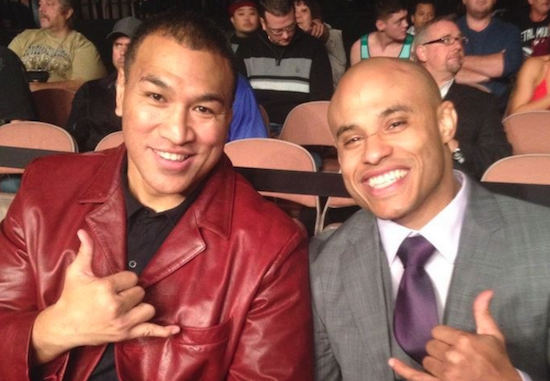 Jake Shields, Melvin Guillard, Yushin Okami, Tyron Spong and many more make up their, talent rich, employee list. Their champions are A-level too.

What’s not A-level though, is their social media engagement with their disgruntled employees.

Hey @AliAbdelaziz00 I thought you were gonna call me today to talk, not talk shit about me on twitter with buddies? pic.twitter.com/NmYIn4bzfr

@BadmanHuckaba @diggler_dig @CodyBollinger Dave we allowed for you to fight outside of the league so you can feed your kids!!!

@CodyBollinger You fought 2 months ago, we paid you more than your contract says. U were never promised a fight before the end of year.

Let’s hope they get it all sorted out.