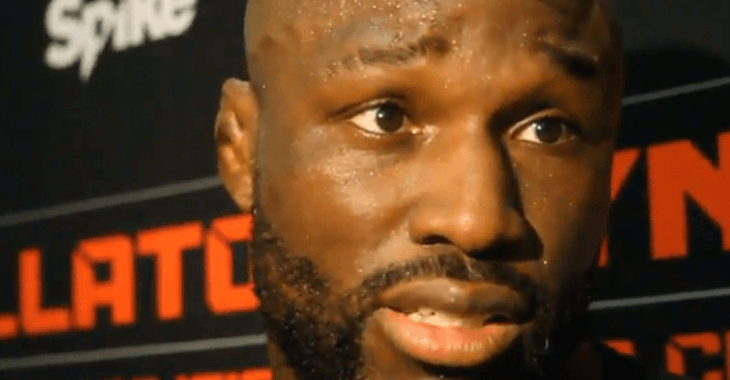 The tournament will determine the next 205 title challenger and will feature, ‘King Mo’, Phil Davis, Emanuel Newton and Linton Vassell. After the night is over we’ll know which two men will fight for the title next, as the title is on the line in the main event, with current champ Liam McGeary taking on MMA legend Tito Ortiz.

Ahead of the fight, ‘King Mo’spoke with the media, including BJPENN.COM’s own Layzie The Savage.

Lawal talked about the tournament, saying he’s prepared to fight any of the four guys and more than ready for two fights in one night. The fighter was also asked about the main event title fight and Lawal, who has gone back and forth with Oritz in the past, laughed while saying there’s no way Oritz beats the champ.

Check out the entertaining interview below: