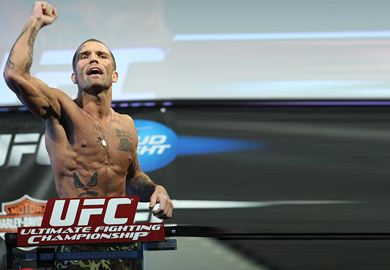 One of the most detrimental occurrences in professional sports is the failure of governing bodies to enact regulations prior to tragedy.

In the sport of Mixed Martial Arts, fighters will often cut upwards of 10-15% of their body weight in order to make the desired number for the division they compete in. Many fighters can attest that cutting weight is the most taxing part of their fight preparation. Severe dehydration, diminished liver and kidney function, and even brain trauma are all side-effects of the weight cut.

There have been many articles published on the difficulties and side effects of cutting weight, so I’m going to focus on how we can use this knowledge to better the sport we love so dearly.

The question I present to you today is simple:

Are the regulating bodies of Mixed Martial Arts going to wait for the death of a competitor (or some other catastrophic tragedy) before enacting proper regulations on the weight cut?

It happened in wrestling.

Back in the late 1990’s three collegiate wrestlers died within a month of each other from complications due to cutting weight. Michigan’s Jeff Reese, Campbell University’s Billy Jack Saylor, and Wisconsin La Crosse’s Joseph LaRosa all died from the self-inflicted punishment of cutting a drastic amount of weight in a short period of time. Rest In Peace.

The legislature governing Mixed Martial Arts needs to learn from wrestling’s history and not wait for three deaths in one month to enforce restrictions on the weight cut.

I’ll even take it a step further..

The Mixed Martial Arts community as a whole (any respectable coach, trainer, dietician, organization, executive, fighter, fan etc.) needs to make a conscious effort to protect our athletes and preserve the integrity of the sport. From the bottom up, a call to arms to enact immediate restrictions on the weight cut.

MMA has come a long way in a short amount of time in the sense that it’s portrayal has evolved from barbaric backyard cockfighting to a legitimate sport that houses the world’s top athletes competing at the highest level. Let’s not take a step backwards in the evolution of this sport by failing to enact these regulations before tragedy strikes.