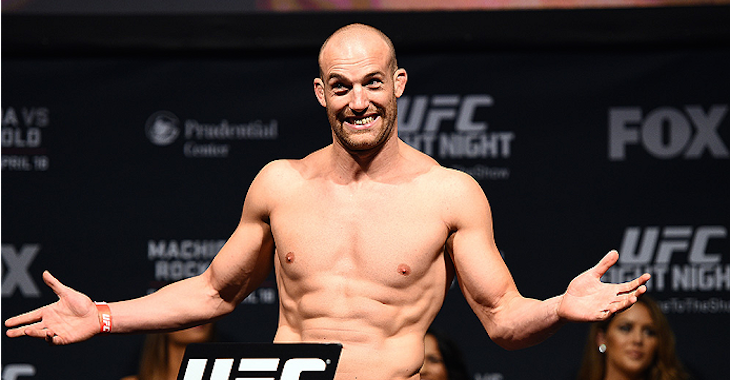 A key light heavyweight bout between Glover Teixeira and Patrick Cummins will serve as the co-main event for November’s UFC Fight Night 77 fight card in Brazil.

Glover Teixeira (23-4 MMA) snapped the first two-fight losing skid of his career by defeating Ovince St. Preux earlier this month in the headlining bout of UFC Fight Night 73. Prior to the win, the 35-year-old former title challenger had suffered back-to-back decision losses to Phil Davis and Jon Jones.

Meanwhile, Patrick Cummins (8-2 MMA) has gone 4-2 since joining the UFC ranks in February of 2014. “Durkin” was most recently seen in action earlier this month at UFC 190, where he scored a third-round TKO victory over Rafael Cavalcante. Prior to that, Cummmins was coming off a first-round knockout loss to the aforementioned Ovince St. Preux at April’s UFC on FOX 15 event.

UFC Fight Night 77 takes place November 7 live from the Ginásio do Ibirapuera in Sao Paulo, Brazil. The event is headlined by a trilogy bout between MMA legends Vitor Belfort and Dan Henderson.

Who do you have winning this light heavyweight bout? Sound off Penn Nation!