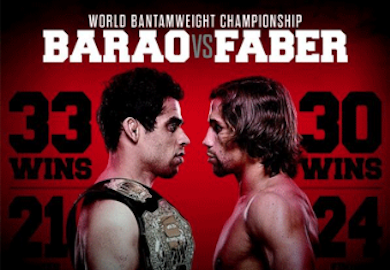 Shortly after the events conclusion, reports began surfacing that fights in the audience had resulted in stabbings.

Those reports were later confirmed by NJ.com and the Newark Police department:

Two people were stabbed inside the Prudential Center during an Ultimate Fighting Championship event on Saturday night, police said.

The victims, who were not identified, suffered non-life threatening injuries after they were stabbed in the stands, according to Newark Police Director Samuel DeMaio.

A suspect was arrested in the attack, according to DeMaio, who did not identify the assailant or say when or where the incident took place. An e-mail to an arena spokesman seeking comment was not immediately returned.

Props to bloodyelbow.com, who first reported the news. Stay tuned for further updates on this story as they become available.