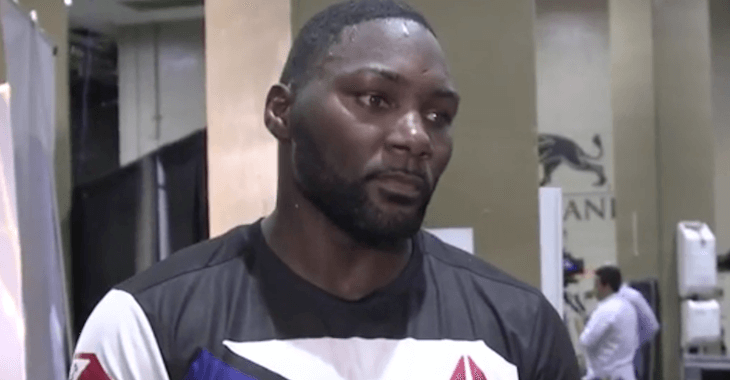 Anthony Johnson was victorious in his return to the octagon on Saturday night. At UFC 191, the light heavyweight returned to his winning ways and got the TKO finish over the dangerous Jimi Manuwa.

In the first round of the fight with Manuwa he used some takedowns to get the fight to the ground, but in the second blasted Manuwa with a right hand, ending it only 28 seconds into the round.

Check out his backstage interview!