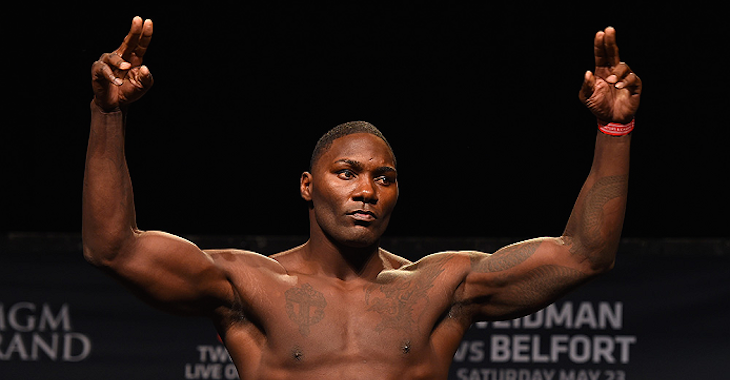 Things are moving fast. UFC light heavyweight Anthony Johnson posted an angry rant about a women, who he referred to in several insensitive terms, who he had a confrontation with while at his gym.

The post was deleted, but detailed an exchange where the two got into it about her stretching in the area where people were trying to lift weights. He said he threw her yoga mat across the street. He also said a lot of other things that some who has faced domestic violence charges in the past probably shouldn’t be saying. For that matter no one should really be saying a lot of what was said in the post.

Anyway, Rumble, a day later, posted an apology to say sorry for his comments and for any one he hurt with his rant.

Fast forward to now. The UFC has released an official statement on the matter and say they will be using a third party law firm to look into the matter.

Here’s their official and full statement:

“UFC is aware of the situation involving Anthony Johnson. We take these matters seriously and have commenced a formal investigation by a third-party law firm. We will act accordingly once we gather more information.”