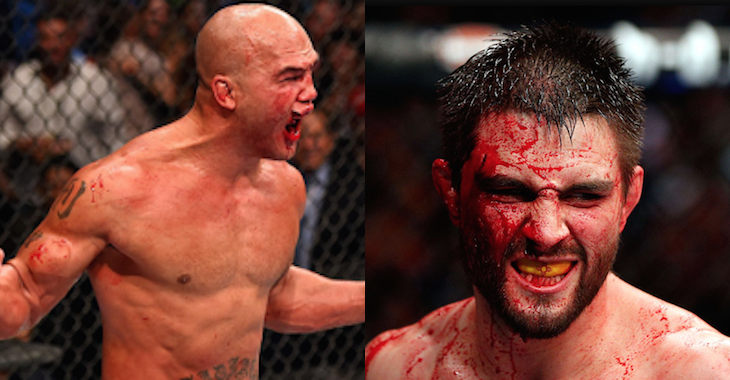 UFC 193, which will feature the welterweight title fight between Robbie Lawler and Carlos Condit will officially take place at Melbourne’s Etihad Stadium.

The news was confirmed by UFC president Dana White, who also confirmed that a rematch between heavyweights Mark Hunt and ‘Bigfoot’ Silva will take place on the card as well.

Lawler vs Condit & rematch of greatest HW bout EVER Hunt vs Bigfoot at @EtihadStadiumAU in Melbourne Nov. 14! #UFC193 pic.twitter.com/CjcJTMRC69

According to a report from the Melbourne Herald Sun, White was quoted as saying:

“There’s been a lot of talk about Melbourne, title fights and stadium shows. The UFC is doing all three at the Etihad Stadium in front of 70,000 people.”

Do you think this card will break some records? Also, could this be the bloodiest event in UFC history, look at those two fights!!!
The Best Training Room You’ll Probably Ever See — D.C., Rockhold, Khabib, Velasquez All Training For UFC Greatness
[ooyala code=”J5c3UxdzpDWlYbuxxRyJVVXCUwnYxE3R” player_id=”bd214e34cfad476984102de4bf5e8da2″ width=”1280″ height=”720″ auto=”true”]