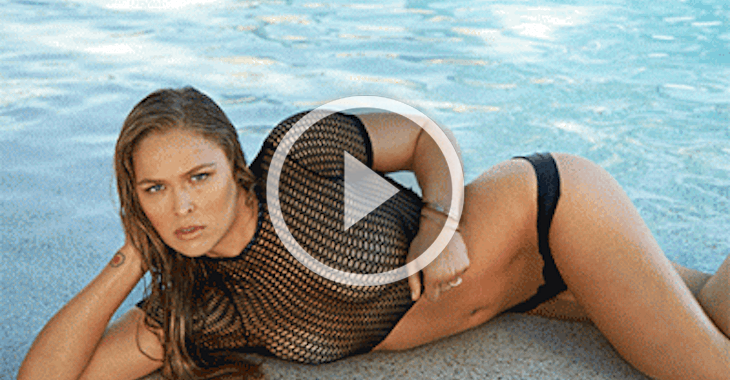 UFC bantamweight champion Ronda Rousey defended her title once again this past Saturday when she knocked Bethe Correia out cold in 34 seconds.

Since then new projects and opportunities for the chap have been popping up. First it was announced that her book would be adapted into a movie which she will produce and star in.

Now, it’s been revealed that Rousey will be one of Carls Jr.’s new celebrity faces. According to the companies tweet, the champ has joined them as a new spokesperson. The company is known for those commercials featuring women wearing little to nothing and enjoying their burgers A LOT.