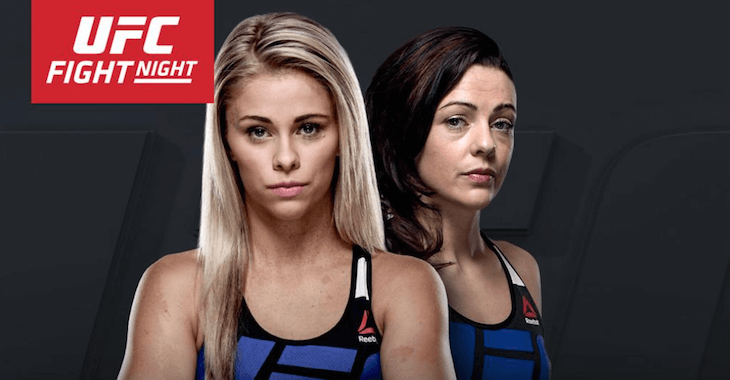 Well it was announced earlier today, by the fighter herself, that Paige VanZant had signed a new contract with the UFC. In the tweet she sent out announcing the news she also said that she finalized her next fight and had an opponent. She didn’t release who, but now we know.

According to the UFC, VanZant will take on dangerous striker Joanne Calderwood on Dec. 10 in Las Vegas. The scrap will headline a Fight Night event, which will be broadcast exclusively on UFC Fight Pass.

The event is the start of a three day, three event venture but the promotion, with the card taking place Thursday, then the TUF 22 Finale on Friday, Dec. 11 and finally UFC 194 on Saturday, Dec. 12.

How pumped are you guys for this fight?

It will all go down at The Chelsea at The Cosmopolitan of Las Vegas.