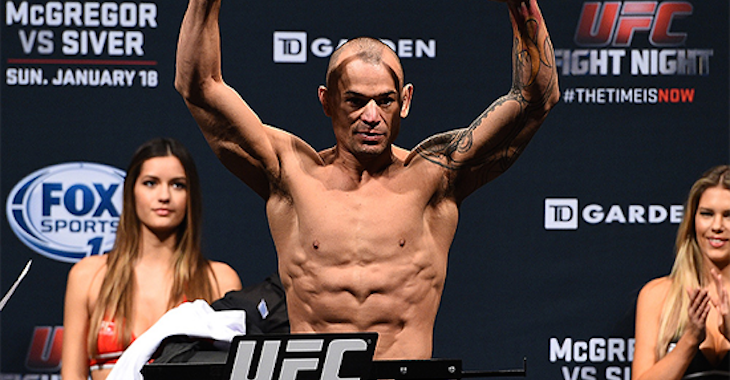 A lightweight bout between Gleison Tibau and Abel Trujillo is the latest addition to November’s UFC Fight Night 77 event in Brazil.

Gleison Tibau (33-11 MMA) will return to action for the first time since February when he squares off with Trujillo in Brazil. The 32-year-old suffered a submission loss to Tony Ferguson in his most recent effort at UFC 184. Prior to the setback, Tibau had scored three-straight decision victories over opponents Pat Healy, Piotr Hallmann and Norman Parke.

Meanwhile, Abel Trujillo (12-6 MMA) will be looking to rebound, as he also suffered a submission loss to Tony Ferguson in his most recent outing at UFC 181 in Dallas. Prior to that, “Killa” had scored back-to-back knockout wins over opponents Jamie Varner and Roger Bowling respectively.