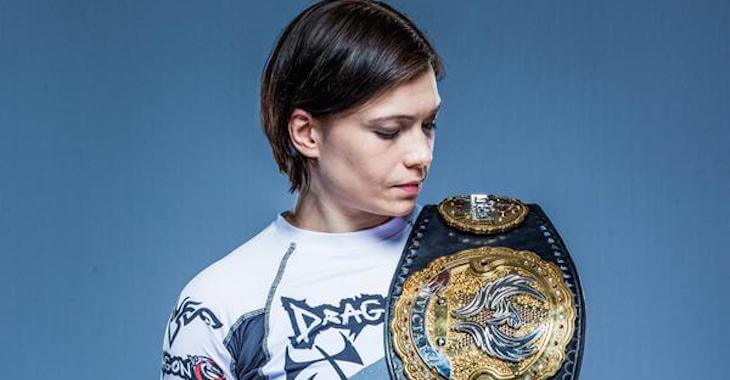 Following a second straight loss at this past Saturday’s Invicta FC 14, former strawweight champion Katja Kankaanpää has decided to hang up the gloves and retire from the sport of MMA.

Katja won the title back at Invicta FC 8, when she defeated Stephanie Eggink in the fifth round via submission.

She didn’t hold the title long, losing it in her first defense at Invicta FC 12 against Livia Renata Souza. Then, in her most recent fight, on Saturday, she lost a unanimous decision to DeAnna Bennett. The ‘Killer Bunny’ decided to retire after the event, leaving the sport with a 10-3-1 record.

@KillerBunny_MMA it's been an honor calling your fights and working with you. Thank you for all your contributions to WMMA.

@KillerBunny_MMA it's been a pleasure to work with you. I wish you much success in your future endeavors. We will miss you at Invicta.