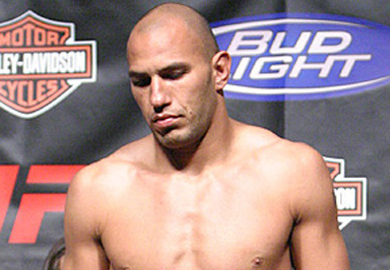 Brandon Vera is moving back up to the heavyweight division after a 5 year absence from the division to face Ben Rothwell. ‘The Truth’ and Rothwell are slated to fight at UFC 164 which takes place on August 31st in Milwaukee Wisconsin.

Brandon Vera has had a rough time in the UFC, after going 4-0 inside the Octagon including a win over Frank Mir, it looked as if Vera would become a dominating force in the UFC. He then went on a 2 fight losing streak, falling victim to Tim Sylvia and Fabricio Werdum. After snapping his losing streak he went 4-4-1, and is coming off a tough 4th round loss TKO to Mauricio Shogun Rua in an unofficial light heavyweight title eliminator this past August.

Rothwell on the other hand is 2-3 in the UFC and is coming off a submission loss to Gabriel Gonzaga in January.

With the recent string of cuts the UFC has been making, this very well could be a do or die situation for both fighters.