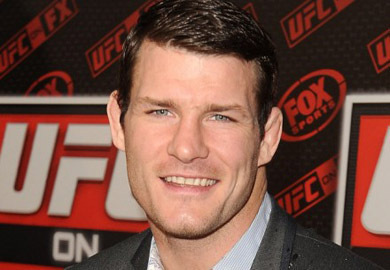 The UFC has plans to return to England in March of next year and Michael Bisping wants in on that card against the winner of this weekend’s main event between Lyoto Machida and Mark Munoz.

Having been forced out of this weekend’s main event with an eye injury, Bisping thought his fighting career may have been over. That however, has all changed and the Brit is looking forward to fighting infront of his native countrymen again:

“All I was concerned about was my career and fighting. This defines me as a person. It is what I do. I’ve come to a point now where I’ve been in the UFC for a long time but I still haven’t had a title shot. I still haven’t been a world champion. I still feel like I’ve got a lot to prove in the sport. Because I’ve been around a while, I’m towards the higher end of the pay scale as well. It’s my career, it’s my job. That’s what I do. I just bought a house. I was like, ‘Shit, is this where it ends?'”

“In some ways, this is going to be best thing to happen to me. I know it sounds like a cliche, but I had my career almost taken away, and it made me realize how much I still have left to achieve in this sport. If time was called on my career right now, I wouldn’t be happy with what I achieved. Yes, I get some notoriety and put some dollars in my bank account and whatever, but I want a lot more out of it than that. I want to stabilize my future and my children’s future as well. So this has really made me even hungrier than ever.”

If granted his wish will you American fans be o.k. with missing the broadcast of a potential Bisping vs Machida or Bisping vs Munoz fight?