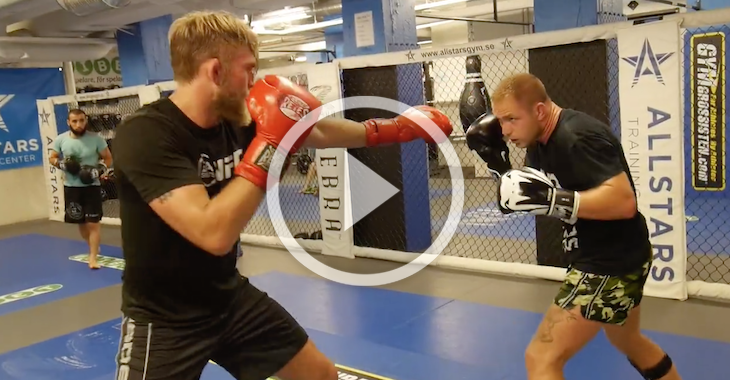 Technical sparring and training on my reach advantage and counter attacks

UFC light heavyweight Alexander Gustafsson will be getting a second shot at the title and it looks like he’s doing everything he can to make sure he takes the belt home with him this time around.

He’ll take on the champion, Daniel Cormier, at UFC 192.