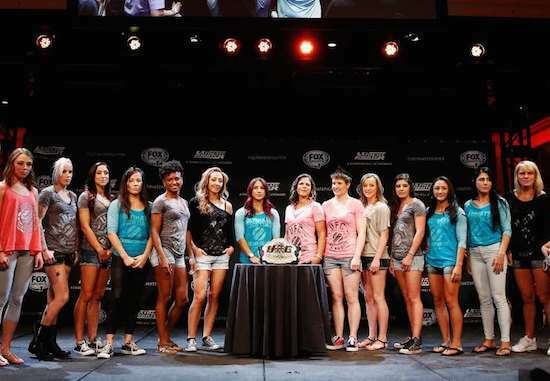 It’s like an Invicta FC card, but on steroids!

Sharing the night with ‘a few-good-men’, the TUF 20 females are set to take over the show’s finale event. FOX Sports reports that fifteen of the sixteen female athletes, featured this season, have been booked for the December 12 card in Las Vegas.

The lone female on the outside looking in is Justine Kish, who tore her ACL, as revealed on episode 5.

Daron Cruickshank vs. K.J. Noons, Jeremy Stephens vs. Charles Oliveira and Joe Procter vs. Yancy Medeiros will also be featured on the night’s fight card.

Female matchups won’t be revealed until the show’s conclusion.