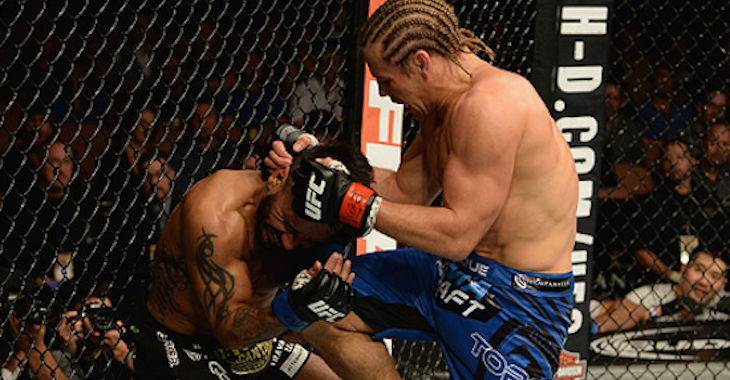 Team Alpha Male’s Urijah Faber wasn’t sure that doing another season of The Ultimate Fighter was the right move for him when it was first offered to him.

He said he had to really think about it and talk to Dana White and Lorenzo Fertitta before accepting to do it.

Faber has already coached once, opposite of Dominick Cruz on the TUF Live season.

He said the fact that doing the show take you out of action for a while, as far as fighting, wasn’t something he was really happy about, but managed to workout something with White.

We know know that he’ll be fighting Frankie Saenz at UFC 194, the same card other TUF coach Conor McGregor will be on.